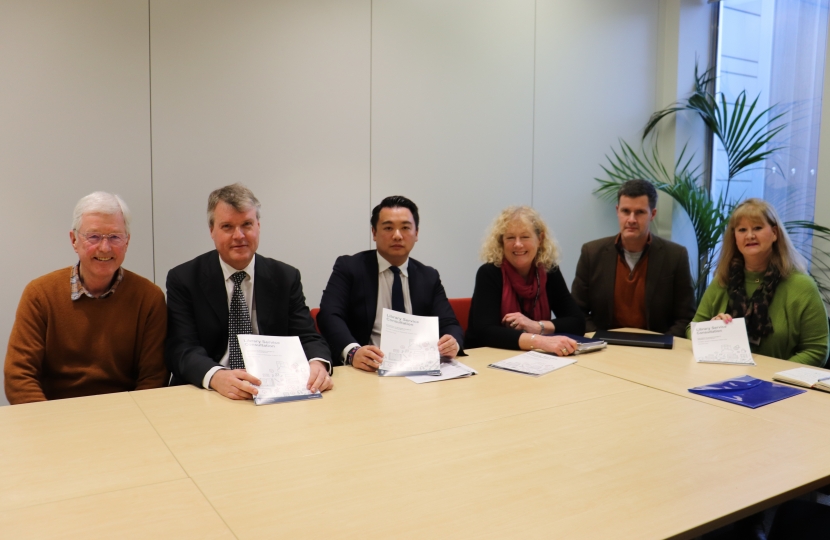 A campaign by MP Alan Mak and local Councillors in partnership with the local community to save Emsworth Library is within sight of success following an announcement by Hampshire County Council (HCC).

It comes after a consultation by the Council, where they earmarked Emsworth Library as one of 10 around the county for complete closure. That was due to the high rent of the building in the town centre currently used to house the Library previously agreed by HCC.

But following the consultation by HCC on the potential closure an energetic political and community campaign was launched. This included a meeting between Mr Mak, the Emsworth Councillors and the HCC Cabinet member with responsibility for libraries, Cllr Sean Woodward, as well as efforts by local community groups to secure a new location and putting a case forward to HCC for keeping the library open.

HCC have now recommended that the Emsworth Library will stay open, moving to a site with lower costs at the Emsworth Community Centre. Initially it will be staffed by professional HCC librarians, with the option for additional hours provided by volunteers.

A final decision is due to be made by Cllr Woodward at his decision day on 28 July.

Mr Mak said: “Since February I’ve been campaigning alongside local councillors and residents to keep Emsworth Library open even if it means moving to a building with lower rent. This included meeting Sean Woodward personally to lobby him on behalf of residents. Today’s announcement is good news for Emsworth residents, especially given 8 other libraries across Hampshire are earmarked for closure, and I hope Mr Woodward confirms this recommendation at his decision day.”

Hampshire County Councillor for Emsworth Ray Bolton said: “Thank you to all the residents that worked in partnership with us to keep open the Emsworth Library. The excellent result that we are set to achieve shows what can be done when the whole community comes together to achieve a common goal. So whether you responded to the public consultation or attended one of the public meetings it all helped make a key difference. If this decision is confirmed it will be an important step, and we’ll continue to work with the local community to help them transition to a new library based at the Emsworth Community Centre.”