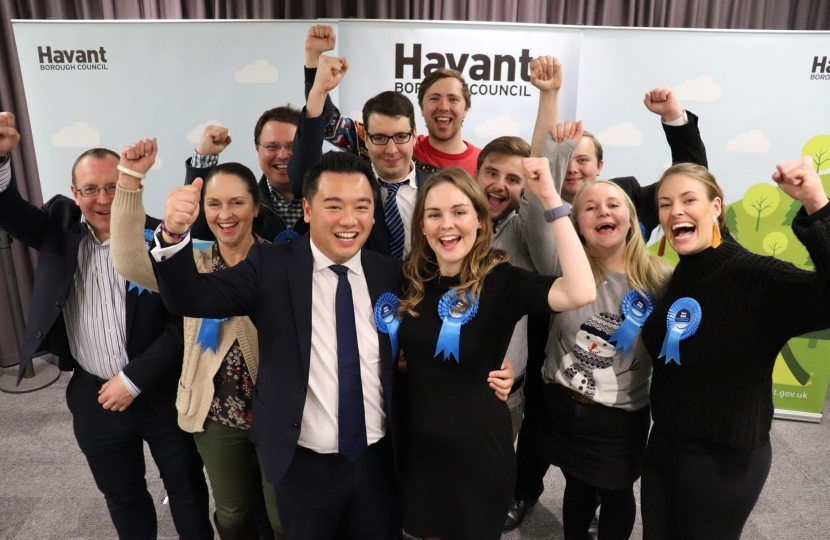 Local residents have re-elected Alan Mak as their Member of Parliament, backing him to continue his hard work for our area locally and in Westminster.

The newly re-elected Havant Constituency MP increased both his majority and his share of the vote to their highest levels in the history of the constituency on Thursday 12th December 2019.

After the results were announced in the early hours of Friday Morning Mr Mak said: ‘I’m delighted and honoured to be re-elected as the MP for Havant, with the biggest majority and vote share in our seat’s history. I will continue working hard for local residents all year round as an active and engaged local MP.’

Alan put his record majority of 21,792 down to the strong relationships he has built in the constituency since first being elected in 2015. He has established a number of annual community events, and actively engages with residents, local schools, businesses and community groups from across the constituency.

He continued: ‘I’m committed to backing the Prime Minister Boris Johnson to deliver Brexit, and secure further investment in our public services like our police, armed forces, schools and Health Service, building on the extra cash and successes I’ve already secured. Getting Brexit Done is key to moving the country forward so we can focus on our other important priorities.'