Letter from our outgoing Chairman 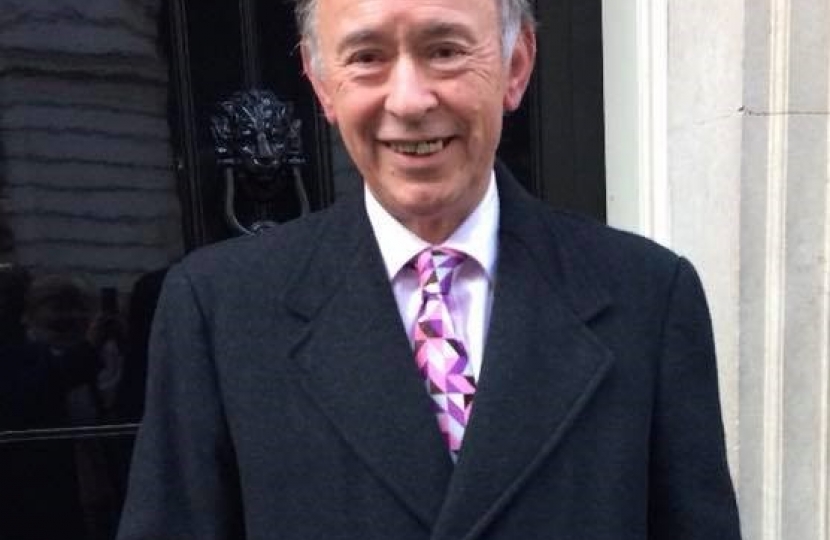 As I have now stood down as chairman, after nearly 4 1/2 years in the post, I would like to record my thanks to all of you for making the job so easy.

I have been wonderfully assisted by the three officers: Steven as Treasurer does so much more than keep an eye on the money and balance the books each year, he is a fountain of knowledge on rules and procedures and a wise head to bounce ideas off. Jackie is a source of never failing enthusiasm, fiercely loyal to the party and a tireless worker over many years (her photo of campaigning in her union jack miniskirt is indisputable proof). Ed brought a fresh approach and his political nouse, excellent judgement and the ability to cut through to the core of the matter was a bit worrying in someone less than half my age. Kit was the archetypal president - seen it all, done it all, and ever ready with wise counsel - and even more politically incorrect than me; the two of us retiring together must have cut in half the chances of the association appearing in court.  That we were able to work so closely together (even though taking markedly different views on some things) was a testament to their patience with my gung ho attitude.

What do you say about Jo Bourne that hasn't been said many times? Let me just say (again) that she is the foundation stone on which the rest of us depend. I don't think she ever lost her cool and kept me right about everything from donation returns (which can get the chairman personally fined) to Exec meetings. She just better not think of retiring!

There were also many other stalwarts who keep branches, the Policy Forum and the Supper Club going, or act as trustees of South Street. Forgive me if I don't mention them by name in case I forget someone, but the association relies on them all to function. There is a famous cartoon of a rowing eight with eight coxes shouting instructions and one poor rower doing all the work - our association is, appropriately , more traditional, with the chairman steering a boat powered by many volunteers all more than pulling their weight.  My thanks to them all.

Another real pleasure has been working closely with Alan, our new MP, and helping him bed in to his new life in the constituency. It has been a fascinating experience and it has been very satisfying to see at least one old boy of my school making good.

I have talked repeatedly about the need for fresh blood and younger voices into the running of the association and it seems all to have happened in one go this year with a complete change round of officers. But don't panic, Mr Mannering, there are enough old hands left (albeit in new jobs) to give the right mix of fresh ideas and experience that will stand the association in good stead.

It is often said that doing a job like this is a privilege and my experience would certainly support that - not only was I able to go to No 10 and put my name to various letters and motions neither of which would have been possible had I not been a chairman, but I have had a wonderful time as well.

Thank you to everyone for their support -  I am confident the association will go from strength to strength under its new leadership. Assuming national politics doesn’t cock everything up!

Our Plan for a Stronger Economy

Read about how our plan is tackling inflation and helping you with the cost of living.