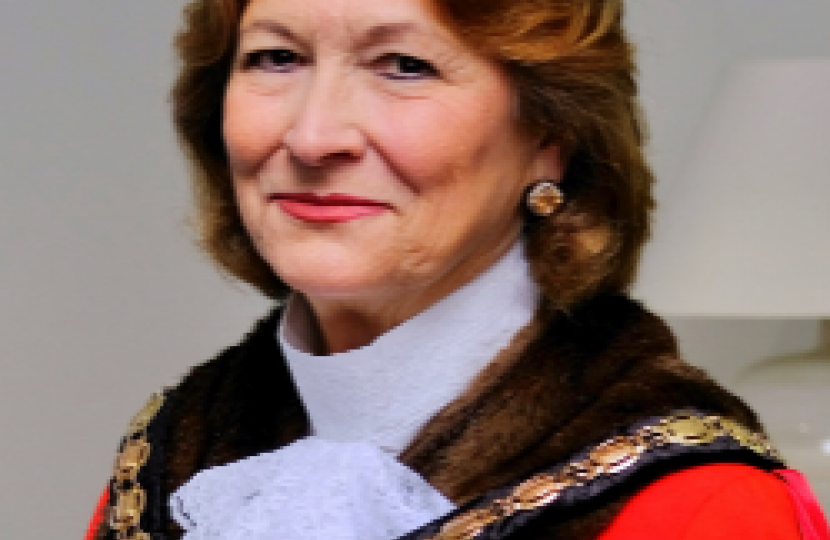 Conservative Councillor Diana Patrick has been elected as the new Mayor of Havant for 2019-20 following the annual Mayor Making ceremony.

The event was attended by councillors and Honorary Aldermen, along with mayors from other authorities and representatives from voluntary and community organisations.

During the ceremony - which took place at Havant Borough Council's Public Service Plaza - the 46th first citizen of the borough, Diana Patrick, donned the mayoral robes and chain for the first time.

The mayor will be supporting two charities during her year of office:

Soldiers, Sailors, Airman and Families Association (SSAFA) Havant – local branch of the SSAFA which supports veterans, service personnel and their families in the borough.

Dementia Friendly Hampshire – an independent charity working to enable people affected by dementia to live as well as possible despite their diagnosis.

The new Mayor of Havant said: "It is a huge honour to be appointed Mayor of Havant and to serve this borough. I’m looking forward to working together with residents and community groups, as well as raising money for my chosen charities for the year.

"I would also like to thank my fellow councillor, the outgoing Mayor Peter Wade, for his significant contribution to the office of mayor."

During the ceremony, tributes were paid to former councillors Rivka Cresswell and Gerald Shimbart as well as Honorary Aldermen June Hanan and Barry Gardner, who have sadly passed away in recent months.