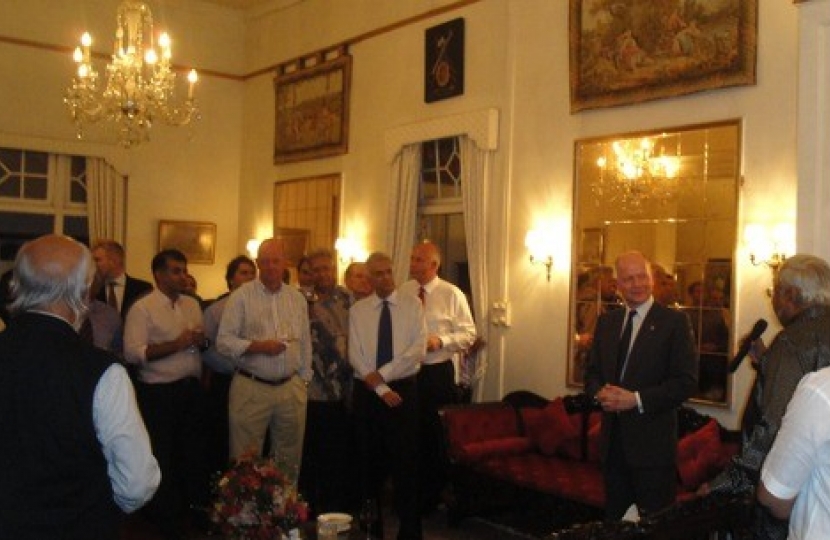 This month saw politicians, business people and civil leaders from across the globe gather in Colombo, for the 2013 Commonwealth Heads of Government Meeting (CHOGM). This voluntary organisation represents fifty-four nations and over two billion people. Whilst separated by oceans, faiths and ethnicities, the peoples of this global fellowship are united by a universal language, a commitment to democracy and good governance as well as possessing similar legal structures and understanding.

This burgeoning global market represents unparalleled potential for our businesses and yet since Britain’s accession into the EEC our political class have treated the Commonwealth with utter contempt and gross negligence. It became very fashionable to dismiss the organisation as little more than the relic of the imperial era, destined to wilt into complete irrelevance, in contrast to the assured rise of a federal European economy.

History proves they were wrong. The combined economy of the Commonwealth has already overtaken the Eurozone, with a projected annual growth of 3.7%. In addition, its labour force has been forecast to increase by 60%, or 825 million by 2050. While Britain’s trade has been redirected and limited to ever declining European markets, nations within the Commonwealth such as India are witnessing the growth of an emerging middle class, who would be very receptive towards Britain’s high-end goods and services.

During the time I spent at CHOGM and over the coming months, I am striving to find new ways in which we can help our businesses here in the South East expand into these emerging markets – and how in turn we can entice inward investment into our region. There are seven Commonwealth nations in the top 25 ease of doing business rankings, a far cry from the red tape we have to swallow from Brussels. At a time when our relationship with the Eurozone is actively hindering and not helping, our economy, it is of paramount importance that we re-engage with Commonwealth nations on a bilateral basis and raise our prospects beyond the narrow confines of Europe, as your ancestors once did.