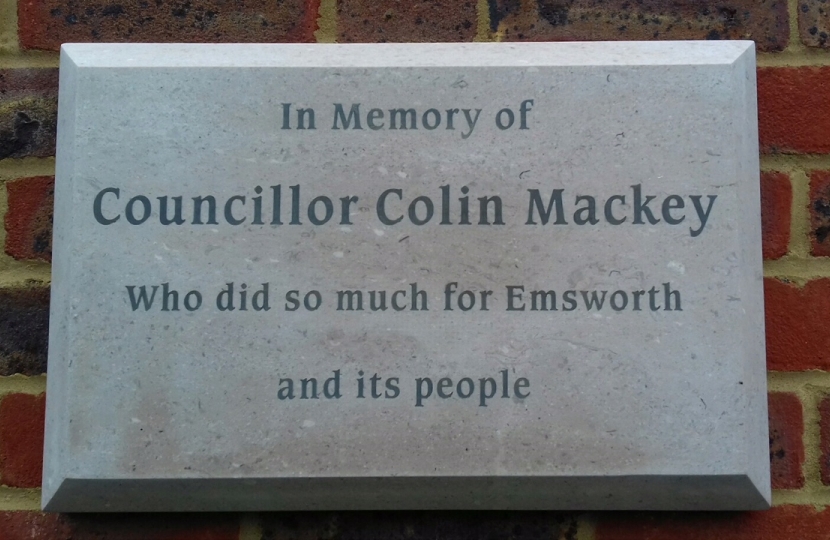 Mayor of Havant Cllr Elaine Shimbart led tributes at the unveiling of a new plaque dedicated to much loved and respected Cllr Colin Mackey. The plaque is located on the Emsworth wall opposite Emsworth train station.

Cllr Mackey represented Emsworth ward since 2013 and lived in Emsworth for over 20 years. He was a true champion of Emworth and its residents. He is deeply missed by all of his friends and colleagues here at Havant Conservative Association.