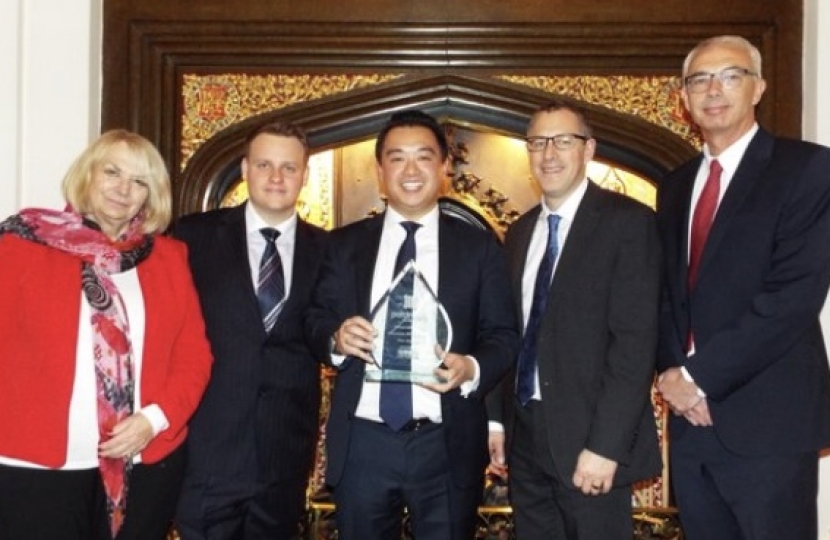 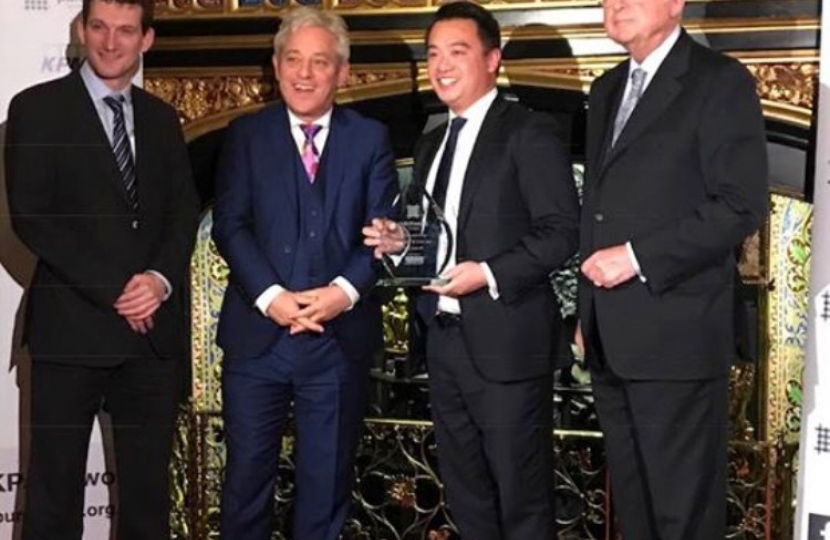 Last night our MP Alan Mak was awarded the prestigious New Conservative MP of the Year award in Speakers House at Palace of Westminster.

The event was organised by the Patchwork foundation and the awards were presented by the Speaker of the House of Commons, John Bercow MP.

Alan was victorious because of his hard work and continued dedication to Havant. Along with his work in Parliament, Alan has held numerous small business awards, older persons information fairs and jobs fairs.

All of us here at Havant Conservative Association would like to pass on our congratulations to Alan and thank him for being such a fantastic local representative. Well done Alan, well deserved!